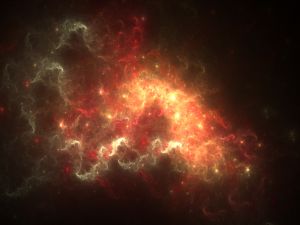 Insurance fraud, how it’s committed and how it’s solved, always is an interesting topic. It’s like a crime drama. Whether it’s Castle, The Mentalist, or NCIS, you get to see the end result and then figure out how it happened; and you inevitably learn about a couple of mistakes that help it along and a few more that eventually bring it to an end. Real-life examples are not always as compelling as highly-rated TV shows but they do illustrate the problem and show what investigators should, and should not, do to bring it to an end. The ones we will be talking about in this post are Rental Car Fraud, a smart-phone app, and, once again, the Target Data Breach. They have a lot more in common than you might think.

Rental Car Fraud, a subset of the ever-popular Auto Fraud, is growing at an alarming rate, according to an article in the March 12, 2014 edition of the Claims Journal by Denise Johnson. The concept is simple: rent a series of cars; use them to commit crimes and then dump, and maybe even burn, them when you’re done; and conceal your identity by using fake or stolen ID. The cars are hard to trace and the connections between them even more difficult to figure out. According to Kraig Palmer, an investigator with the California Highway Patrol who recently spoke at the Combined Claims Conference in Orange County, Calif., stolen ID’s are not hard to come by and can be relatively cheap at about $50 each. The fraud is not easy to solve. According to the article, Palmer said he worked on one case that involved 103 vehicles, which resulted in 72 arrests. Another involved 3 main suspects who rented 42 cars from 2 different rental agencies. One of the suspects was a preferred customer, which evidently made it easier for him to rent the cars and harder for the companies to trace him. Those incentive programs reportedly often allow a customer to register on-line without even having to set foot in the rental agency.

There are certain things a claims adjuster or SIU rep should look for when faced with an auto claim for property damage or bodily injury that involves a rental car. Kraig Palmer, according to the Claims Journal story, suggested they look for unusual patterns, such as whether one person rented more than one vehicle involved in the occurrence. Howard J. Hirsch added a few more, which appeared in the January/February 2011 edition of Auto Rental News; though he referred the tips to auto rental counter agents, fraud investigators might be able to use them as well:

Just knowing what to look for is not always enough, especially if you have mountains of available information and don’t necessarily even know what you have. Technology can help, and new tools are being developed all the time. A good example is a new smart phone app being developed for BART, the San Francisco area transportation authority. It will allow customers to discreetly report crimes or suspicious behavior; they’ll be able to take silent photographs without the flash, automatically transmit location data, and write their own comments.

Technology, however, can help only if you pay attention to what it tells you. A good example of this might be the Target Data Breach which occurred this past December.

According to a report by Michael Riley, Ben Elgin, Dune Lawrence, and Carol Matlack, published in Bloomberg Businessweek on March 13, 2014:

The moral to the story, as always, is that fraud investigations boil down to people. You need good people, who not only have the proper tools, but know how to use them and actually do use them, the right way. Technology, no matter how advanced is nothing more than a tool which can bring information to your attention. What you do with that information once you have it is totally up to you, though it’s better to not be asleep at the wheel when you get it.