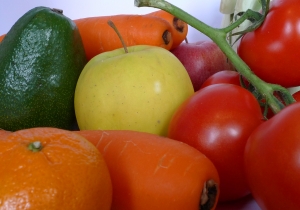 As we’ve spoken about in the past, negotiations are an important part of everyday life for businesses, consumers, and lawyers alike. Today we’re going to talk about how respect, trust, and confidence are the keys to successful business negotiations and how you can harness the natural urge to compare, and the common preference for choice, to attain them.

Chances are, you all have felt the urge to comparison shop; how else to tell whether you’re going to get your money’s worth out of the bargain? No matter what you are in the market for, be it clothes, groceries, a new car, or a home, most people want to take a look at multiple options before deciding which one to buy. How many people buy the first house they look at with a realtor, the first car they see in a showroom, or even the first pair of jeans they pick up in a store?

People’s urge to compare is strong, even when they are standing in one store. Think of the last time you bought a new cellphone. Picture yourself standing there, tied to one carrier, in front of a display with many different phones. Do you look at the cost and different features of each, to see which one you like better, before you make up your mind? When you finally make your decision, do you feel more confident that you bought the right phone because you made the effort to educate yourself by evaluating the choices first, or do you regret not buying the first decent looking phone that you saw? What if there is only one phone and the only choice you have is to take it or leave it? How confident are you that it is worth the money?

If having more choices to compare makes you feel more confident in your ultimate selection, then you’re not alone. Even Apple, which perennially has offered one new version of its iPhone at a time, apparently has recognized the power of choice; it reportedly is set to introduce two very different versions of its newest iPhone, one high-end and one low-end, at the same time this September.

A recent episode of the popular National Geographic Channel television show Brain Games points out just how strong the urge to compare is and how much more confident it makes people feel in their ultimate decision. To demonstrate how people make decisions, the show gave a few samples of the same type of clothing to small focus groups and asked each person to decide which one they would buy. Everyone diligently compared the items and every person had a well thought out reason for picking the item he did; the reasons inevitably had to do with the person’s decision that the particular item he chose was better than every other item he could choose from. The reason it was better was based on what the particular person considered to be important; for some it might have been that the clothing was softer, for others it might have been that the item was more durable or its colors were brighter. The reasons weren’t important, because, it turns out, each item was exactly the same as the others. The key was the way the reasons were arrived at; i.e., by comparing options and deciding which one was best, even if there was no real difference between them. If you use that urge to compare in the right way, as part of a win-win strategy, it can help you succeed in business negotiations.

According to Harvard Business School professor Max H. Bazerman, writing in Negotiation, the monthly newsletter of Harvard Law School’s Program on Negotiation, one way to successfully negotiate a deal is to present multiple simultaneous offers. Each offer should benefit you, but, importantly, each should give your negotiating partner something different in return. Let him decide for himself whether it would be better to have faster delivery, a lower unit price, or better payment terms. It’s one way to learn what is important to him; if he immediately knocks one or two of the offers off the table, at least you will know what you have to work with and what you have to work on; you can use it as a framework to better your offer and finalize a deal. When you make those offers, you also demonstrate your flexibility, confidence in your product or service, and commitment to make a deal. If he takes one of the offers, of course, then the deal is done.

The effectiveness of making multiple simultaneous offers comes in large part from the fact that it puts the other side in control. By allowing your negotiating partner to select an option, rather than presenting him with a take it or leave it offer, you give him the opportunity to make an informed decision, which lets him be more confident in his ultimate selection. It shows your respect for him, by allowing him to control his own destiny by deciding, on his own, what is important to him. By giving him that respect, you start to build the trust necessary for an ongoing business relationship.

Respect, trust, and confidence: three simple words that often are the key to any negotiation. If one way to build them is by giving your negotiating partner a chance to decide among multiple, reasonable offers, maybe you should consider giving up some level of control by making those offers next time you negotiate.