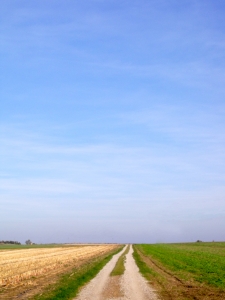 Summary judgement motions in New York are strange things. When used in the right way they can bring long, arduous litigation to an end merely by submitting papers to the court, without the need to call messy witnesses, susceptible to skillful cross-examination, to trial to be judged by a jury. They can be a lawyer’s best friend, or worst enemy. A lot depends upon the approach a lawyer takes towards them. They can take the place of a trial but how you approach them should be much like a trial. The actual motion depends upon the facts and circumstances of the particular case. There is an acronym that sums it up, one I often say to myself: KISS (as in: keep it simple, stupid). There’s also an apt idiom: break it down. Like a trial, it’s important to stay focused and to keep the decision makers focused on what you believe is important; because you have to give them a reason to rule in your client’s favor.

The legal standard in New York for succeeding on, and for defeating, a motion for summary judgement, is pretty clear. To win a motion for summary judgement, a party has to show that it is entitled to judgement as a matter of law. That sounds right, even if it is kind of a definition without a meaning. What it really means is that there cannot be any material issue of triable fact. That sounds a little more definite; after all, there are more complex, legalistic terms in that definition than in the first. But is it really clear? This is the first place to break it down: it means that there cannot be any real reason to go to trial. If there is something important for the jury to decide, something important enough that the way the jury decides it will go a long way towards determining whether one party or the other will win or lose the case, then that is where you are going: to trial. See Zuckerman v. City of New York, 49 N.Y.2d 557, 562, 404 N.E.2d 718, 720 (1980).

Of course, there’s always the other side: if the Defendant brings the motion for summary judgement, the Plaintiff will oppose it. The Plaintiff can defeat the motion for summary judgement: he can make sure the court decides that the Defendant doesn’t win, the complaint isn’t dismissed, and the case proceeds to trial. That is different than if the Plaintiff makes his own motion and wins the case; though that, too, can be done, most often on the issue of liability. What that really means is that the party who opposes the motion for summary judgement just has to show that there is a really good reason to go to trial: that there is a genuine issue of material, triable fact. One of the most common ways to defeat a motion for summary judgement in New York, and often one of the best, is to show that there is an issue of credibility. If the Plaintiff says the Defendant is wrong on a key point and the Defendant says the Plaintiff is wrong on the same point, then there probably should be a trial; with the finder of fact, be it a jury or a judge at a bench trial, to decide who’s telling the truth and who’s not. See Glick & Dolleck, Inc. v. Tri-Pac Exp. Corp., 22 N.Y.2d 439, 441, 239 N.E.2d 725, 726 (1968). It’s much easier to decide who’s telling the truth, or even who’s remembering things more accurately, when you sit there and watch a witness tell his story and answer questions under oath; reading a prepared statement isn’t quite the same. Ask yourselves: which is more compelling, a movie script or an actor reciting his lines with feeling and emotion; the lyrics of a song on a page, or performed with inflection and accented by meaningful body movements as the artist confidently strides around the stage? Would you feel more comfortable deciding who’s telling the truth if you could only read their words or if you heard them, saw them, say it?

What often gets forgotten when a court decides a motion for summary judgement is that it doesn’t have to decide whether the party who opposes the motion will win. It just has to determine that there is an important issue that needs to be decided at trial. All it has to do is to decide that such an issue exists, and that is good enough.

What you don’t need, is a lot of complicated evidence or fancy legal arguments to prove a triable issue of fact. What you really need is a genuine reason. Even more important: you have to make the court feel confident in deciding in your favor. The court, after all, is nothing more than real life people, and those real life people have probably heard it all before; all the reasons, the excuses, the arguments; or at least they believe they have. It would only be natural for them to be skeptical and, since they are consistently busy, you have to give them a reason to care, and to rule in you favor. The last thing any of them would normally want to do is to require another trial on top of the many they already have waiting, especially if there really is no good reason to go to trial anyway.

That’s where the acronyms and idioms come in. Keep it simple; those are words to live by. You often can get people to pay attention if you catch their attention right away and give them a reason to read on. All the fancy legal arguments in the world won’t amount to a hill of beans if there’s no there, there. No one should ever have to ask: Where’s the beef? If your argument is nothing more than a big, fancy bun with no substance to it, then you will never get the court to rule in your favor. Judges are people too, and more often than not they will need something to hang their hat on before they rule in your favor. And don’t distract them with the sideshow; keep their eyes on the prize. That might be easier said than done, but like a wise old owl once said, if you don’t do it, then, on a scale of one to ten, that’s not good.