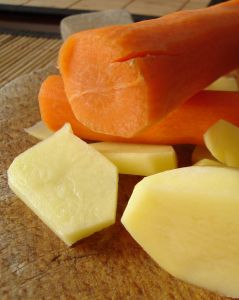 How do you prepare a witness to testify at trial? That seems like a fair question; but what’s the best way to do it? It seems like there are as many different answers as there are people to answer it.

Everyone knows that when you have a trial, you need witnesses, and, no matter what kind of case, those witnesses need to testify. If a plaintiff sues a defendant, chances are that the plaintiff will testify about how the defendant caused her all sorts of injury, pain and suffering, heartache and grief, and should pay her an awful lot of money as a result. Likewise, the Defendant most likely will testify that he didn’t hurt anyone or anything; maybe it was all her fault, and, no matter whose fault it was, she wasn’t hurt that badly anyway. The same is pretty much true for any commercial dispute: the buyer will say she bought the part the seller recommended and it didn’t work as advertised so she wants her money back. The seller will say he gave the buyer exactly what she asked for and, if the part really didn’t work, the buyer must have installed it the wrong way in the wrong application.

Witnesses come in all shapes and sizes. Some have never testified before; the whole idea is scary to them. Wouldn’t you get nervous if you had to go up in front of a judge and a jury for the first time, with everyone looking at you, and had to answer questions under oath? If you add the fact that the party, be it the plaintiff or the defendant, probably realizes how much is riding on her testimony, nervousness is natural, calm is freaky. Even if she only works for one of the companies in the lawsuit, she knows her bosses will be watching closely. If she’s the owner, and in a small to medium size firm that is often the case, she has even more riding on it. If the buyer has accused her of selling defective widgets, well, the cost of those widgets sure can add up quickly, especially when she realizes her insurance won’t cover faulty workmanship or even provide her a defense.

Sometimes it’s just good to put the witness through the paces and give her a dry-run through her direct testimony. No matter what you tell her to expect or how to expect it, nothing gets the point across quite like going through it under the most lifelike conditions possible. Mock trials are not parodies. Even more important is a dry-run through cross-examination. Though the defendant’s attorney may not be able to get all the way inside the head of the plaintiff’s counsel, she can try. Often she’ll be able to do a fairly good job of anticipating the lines of questioning and be able to come up with a fairly good cross-examination; if an attorney doesn’t know her case’s weak points by then, she never will.

Not every witness is up for an intense run-through of her testimony. Some look forward to it. Some can’t handle the pressure; they have to be eased into it. You’ll see it in their eyes even before they get up out of the chair and say, “I’m outta here.” Sometimes it’s more effective to let a little of the surprised, genuine anguish and searching for answers, come through. Robots are not very credible; people are. Perhaps that’s the key.

Most trial attorneys, after they have been at it for a while, become pretty good observers; they tend to catch things others might miss. One thing we all should learn, though, is to pay attention to the person that is our witness and work with, not against, her.

Like any good coach, conductor, or director, a trial attorney has to know how to bring out the best in her witness. Often this is nothing more than putting the witness at ease; but that is best done before anyone ever walks into the courtroom. There’s no game plan to tell you whether you should be a drill sergeant, cheerleader, or guidance counselor; the witness, if you pay attention, will let you know. Since the jury is going to pay close attention to what the witness says and does, shouldn’t the trial attorney, too?