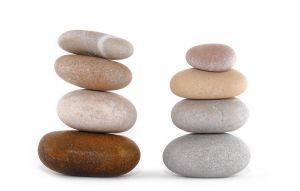 We’ve spent a decent amount of time discussing how lawyers try to persuade people. That, after all, really is their job: to convince a decision maker, be it a judge, jury, or appellate court, that their client is right and should have won, should live to fight another day, or at least should not have lost quite as badly as he did.

Does the way a lawyer persuades depend on the means by which he has to do it? Does it really make a difference if the lawyer is standing up before a jury or a judge at trial; laying out the case for why his client is entitled to judgement as a matter of law on a summary judgement motion; or is writing a brief on appeal? Does the art of persuasion depend on the means of persuasion, or is it more universal than that?

It’s not always easy to figure out why one side wins and one side loses. A lawyer can only play the hand he’s dealt, but he can do a lot to get everything out of the cards that he’s been given. Whether it’s Victor Sifuentes, Alicia Florrick, Joyce Davenport, or Jack McCoy, no two attorneys approach the same case the same way, and winning is never as easy as it looks on TV. When real life attorneys try to persuade, though, the successful ones always seem to keep the basics in mind.

There are numerous scientific studies that concern how people perceive, absorb, and learn information. There is a fascinating recent study that suggests bells and whistles, even ones designed to make a topic more engaging and appealing, are nothing more than unnecessary distractions that peel people away from the task at hand.

The study, authored by Jennifer A. Kaminski and Vladimir M. Sloutsky, both of Ohio State University, was of school age children who were taught how to read bar graphs that represented the number of shoes in a lost and found in each of five weeks. Half were taught using graphs that had simple solid colored bars. The others were taught using graphs that contained pictures of shoes in the bars. The idea was that the pictures would get the children more engaged in the lesson and therefore learn the information better. All of the teachers that the authors interviewed said they would use the more appealing bar graphs with the pictures in their lessons if given a chance. Surprisingly, they all would have been wrong. The children who learned using the solid colored bar graphs were far more likely to absorb the correct information and learn the skill; the others were much more likely to count the pictures than correctly read the graph. Simply being engaged was not good enough; staying focused on, and absorbing, the correct information, led to better results. Put another way, people need to do more than pay attention; they need to pay attention to the right things.

A second scientific study determined that people are more likely to believe advertising claims if the product is put closer to an image that shows the claimed result. Think of wrinkle cream and a picture of a person’s wrinkle free face: the closer they are in the advertisement, the more people believe that the cream caused the fine appearance of the face; the further apart, the weaker the cause and effect. Make people work too hard to find the association and they’ll reward you by not believing you.

Is there any lesson there for lawyers to learn?

Ask yourselves: why do you pay attention to certain things but not to others? You can’t pay attention to everything. You only have a limited amount of time in a day. Lots of people and things are vying for your attention. How do you decide what’s important and what’s not?

Persuasion depends an awful lot on the audience. It helps to know who you’re trying to persuade before you try to persuade therm. What works for your everyday person who sits on a jury might not work for a judge who’s conducting a bench trial or reviewing a summary judgement motion, let alone an appellate court judge who’s reading your brief, deciding whether to overturn the trial court judge’s order. One thing they tend to have in common, though, is that they’re busy people; no different from me or you. Are they really going to spend a lot of time digging for answers, especially if you haven’t made it crystal clear what you’re asking them to find? Or will they be more likely to follow along if you give them a reason to? Let them know what’s important and why and maybe you can convince them that your client is right after all. Catch, focus, and keep their attention: whether on paper or in person, it might be worth a shot. It might even make Perry Mason proud.