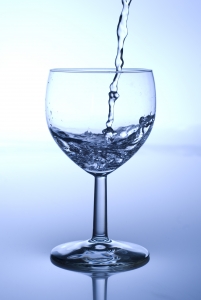 How to succeed in negotiations is open to debate. It depends in large part on what you mean by success. Business owners, in New York and elsewhere, often think it means they have to win, and their negotiating partner, who they often view as their opponent, has to lose. Hardball, to them, is the key; power is what counts. Most business owners want to gain the upper-hand, and, once they have it, use it for all it’s worth. Lawyers often act in this same way, especially once litigation begins. The take-no-prisoners approach may be tempting, and it certainly does look good in the movies, but it often doesn’t get you what you bargained for.

The word “tense” always seems to come first whenever negotiations make the news. Normally up against a deadline, each party strongly believes that its cause is just and that the other side is pig-headed, if not downright evil, in opposing it. If the negotiations fail, each side is ready and willing to heap scorn upon the other.

Think of what happened to Hostess Brands. It closed down in November of 2012 because one of its unions went on strike. Hostess made Twinkies, Ho-Ho’s, and even Wonder Bread. Just about everyone has tried some of their foods at one point or another; my favorite was the Coffee Cakes. Well, the familiar story goes, Hostess ran out of money, declared bankruptcy to try to survive, and attempted to negotiate new contracts with its various unions. Some went along; the Teamsters did. Some refused. The Bakery, Confectionery, Tobacco Workers and Grain Millers, which represented 5000 Hostess employees, went on strike because they opposed the give-backs the bankruptcy judge imposed. When they wouldn’t go back to work, at least not enough of them anyway, Hostess decided to close its doors and sell off its assets. All of its major brands eventually were sold and, hopefully all will re-appear on store shelves. Many of its former employees, however, probably won’t be hired by the new owners.

Hostess, reportedly, didn’t just collapse overnight. It had filed for bankruptcy the first time only a few years before and, at that time, had gotten major concessions from its unions, including the Bakers. The leaders of the Bakers’ union evidently blamed the company management for running Hostess into the ground. The Teamsters, who did not go on strike, blamed the Bakers for costing everyone their jobs. The management closed its factories and distribution centers and had to liquidate, reportedly for significantly less than the company owed; and, presumably, the company’s unsecured creditors took a loss. Not a happy ending for anyone involved. Maybe, though, it did not have to end this way. A lot depends on the approach the parties take to negotiations.

Though we don’t know all of the details, it seems clear from the news reports that the strikers were angry. Most people would say what they did was irrational. They didn’t have much bargaining power. Their refusal to accept pay-cuts cost them their jobs. Isn’t it better to take less pay than no pay? Maybe what their actions really show, however, is the danger of playing hard ball in negotiations.

Backlash is one of the biggest dangers of going on a power trip when you hold the upper-hand in negotiations. According to an article written by the editors of Negotiation, the monthly newsletter published by the Program On Negotiation of Harvard Law School, when one party is lorded over in negotiations, without being given a way to save-face or at least claim a partial victory, it often will act irrationally just to exert whatever power it can. The negotiator with the power often will over-play his hand and underestimate the other side. As a result, he’ll often face unexpected, and even irrational, consequences. Based on the news reports, the strikers apparently felt that Hostess abused them by wringing concessions from them the first time it filed for bankruptcy and they simply were not going to allow it to happen again. Maybe they would get re-hired by new owners if Hostess was forced to sell, and maybe they would not; what seemed to matter most, however, was that they not give in, again.

According to the news reports, the strikers complained about the ineptitude of the management; of how Hostess still should have been a profitable, viable company, if it had been run better. That, perhaps, is where the solution lies. Though we do not know for certain, money, as in wages and benefits, seems to have been the main focus of the dispute, but what if it was the wrong thing to focus on? Hostess evidently didn’t have enough money to go around; that’s why they filed for bankruptcy.

One of the strikers’ main concerns was that the company was badly run. What if they had been given a say in how the company was run, possibly given a seat on the board of directors, in return for wage and salary concessions? At least then they could have some control over their situation. The strikers also seemed to be upset about having to take further cuts in pay and benefits only a short time after they made similar concessions. What if the strikers not only were given a say in how the company was run, but a more direct stake in its success? Perhaps they would have conceded to the cuts in wages and benefits if management had agreed to escalation clauses based on the company’s profitability; the higher Hostess’ profits, the higher its employees’ wages. Maybe this could have worked things out; we’ll never know.

We don’t know everything that went into the negotiations between Hostess and the Bakers. They had a long history and it seems like there is more than enough blame to go around. Negotiations, though, shouldn’t be about blame. Blame normally doesn’t fix the problem. Keeping the company open and finding creative ways to do it, should have been at the forefront of the negotiations. Whether it was or not, may never be known. What we do know is that a whole lot of people were tossed out of work, many lives were disrupted, and a company that made things we all knew and loved went out of business. Sometimes negotiations aren’t a win-lose proposition, even when you want them to be; sometimes, like with Hostess, everyone loses, and that’s a shame.