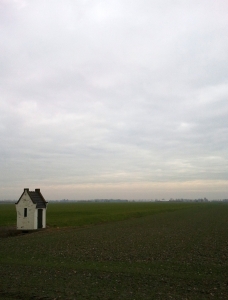 Did you ever wonder how a person, or a business, could come to own a piece of land he never bought? Did you even know that it is possible? It can be done in New York, and, as shown by certain high profile cases, in other states as well, through an old legal doctrine known as adverse possession.

Recently, a Florida man tried to obtain title to a $2.5 million mansion in Boca Raton, merely by living there and paying the taxes and utilities on it. The property was foreclosed on in 2012 and remained vacant until he moved in sometime in July, when he filed an adverse possession claim. If he could live there for 7 years, unchallenged, and pay the bills and the real estate taxes, the property would become his under Florida law. Just yesterday afternoon, however, his dream came to an end. The owner, the Bank of America, went to court, sued him for trespassing, and had him evicted. In ending his dream, Bank of America demonstrated the core principal of an adverse possession claim; i.e., the true owner must be able to force the squatter to give up possession but, if he waits too long, the squatter gets to keep the property.

In New York, there’s a five part test you have to meet in order to gain title to land through adverse possession. Your occupation of the property must be:

What this all comes down to, is that you must occupy the property in a way that would give the true owner a right to have you ordered off it; i.e., the true owner could bring a cause of action against you for ejectment. The end result would be the same as it was for the squatter in Boca Raton; you would be evicted. Of course, if the true owner does not do anything to try to stop your obvious hostile ownership for the required period, which is ten years in New York, the property becomes yours; the true owner loses and you win. See Estate of Becker v. Murtagh, 19 N.Y.3d 75, 81, 968 N.E.2d 433, 437 (2012).

Claims for adverse possession often are brought between neighbors. These invariably involve mistaken boundary lines, where neighbor no.1 will build something substantial on what later turns out to be land belonging to neighbor no.2. It could be a dock with a boardwalk in a beachfront community. See Estate of Becker v. Murtagh. It could be neighbors who buy adjacent vacant plots of land; when they each build their homes one uses the other’s property. Eventually, the true owner has a new survey done that shows the correct boundary. The question is whether it is then too late for the true owner to reclaim her land. See Walling v. Przybylo, 7 N.Y.3d 228, 851 N.E.2d 1167 (2006)

Adverse possession is not favored in New York. The person who wants to establish it has a higher burden of proof than normally is required; he has to prove it by clear and convincing evidence rather than the typical preponderance, or 51%, of the evidence.

It is a harsh doctrine. Adverse possession deprives the true owner of land he bought, paid for, and on which he has paid taxes, and, often, a mortgage. It can be open to abuse; the pay-off is big and the allegations, especially the ones that supposedly occurred many years before, are difficult to defend against. Still, it is possible that you can come to own property that you never purchased, merely because you mistakenly thought it was yours and used it like it was yours, and the person who actually owned it never bothered to evict you. It puts a new twist on an old phrase: buyer beware, because if you are not careful, someone may take your land.