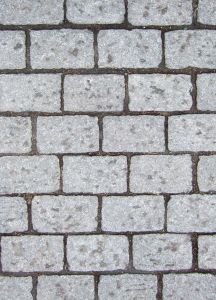 The last two articles discussed the rules behind the equitable doctrine of subrogation in New York and how they all boil down to an application of the basic idea of fairness. Someone who damages another’s property should not be able to avoid liability merely because he was lucky enough to harm a business or person who had the foresight to purchase an insurance policy that fully insured, and reimbursed the insured for, the loss. Subrogation, in effect, holds the wrongdoer to account. Even if the insurer has paid the insured for the property loss, the wrongdoer still has to pay the insurer.

Subrogation claims come in all shapes and sizes, at least for commercial insurance policies which protect against property damage and business interruption. Recently, Lloyd’s of London made the news by bringing a subrogation action against a New Hampshire utility to recover the money it paid its insured as a result of a fire. According to news reports, a fire engulfed a block of businesses in Hampton Beach, New Hampshire, in February 2010. One of those stores, Decalomania, was insured by Lloyd’s of London. The water used to put out the fire allegedly damaged Decalomania’s property and, pursuant to the policy of insurance it issued to Decalomania, Lloyd’s of London paid Decalomania $33,000.00 as reimbursement for that property damage. Lloyd’s of London has brought suit against the local electrical utility, Unitil, to recover the $33,000.00 it paid Decalomania. It alleges that the fire started due to a fault in an electrical feeder line owned by Unitil and that Unitil failed to use reasonable care when maintaining the line, which was under its exclusive control.

Whether or not Lloyd’s of London will be successful in recovering, from Unitil, any of the $33,000.00 it paid to Decalomania, will depend on a number of factors. If the subrogation action had been brought in New York, rather than New Hampshire, Unitil first would be able to challenge whether the policy required Lloyd’s of London to pay Decalomania for the loss. If the policy did not provide coverage for Decalomania for the loss, then Lloyd’s of London made a voluntary payment for which it could not maintain a subrogation action. See Fid. & Cas. Co. of N.Y. v. Finch, 3 A.D.2d 141, 145, 159 N.Y.S.2d 391, 396 (3rd Dept. 1957).

In prosecuting the subrogation action, however, Lloyd’s of London would have the benefit of Decalomania’s cooperation, including, most likely, having Decalomania’s representatives’ help to establish its damages and testify at depositions and trial, if necessary. Lloyd’s of London also would have the added benefit inherent to an insurance company that pays a claim. An insurance company is presumed to pay what it owes, and to make sure that it pays only what it owes, under the policy; i.e., it is careful to confirm coverage and verify the amount of damages, before it pays the claim. This makes it more likely that the claimed damages can be, and will be, verified and proven at trial, than if a business was to assert them on its own.