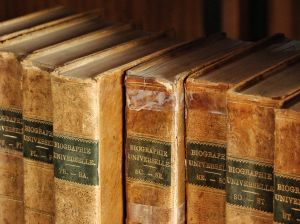 In our last article, we discussed subrogation, a legal concept that plays a large role in commercial property insurance coverage in New York. It is the equitable doctrine that allows an insurer, once it has paid its insured for a covered loss under its insurance policy, to try to recoup the money it paid from the party that caused the loss.

Once an insurer pays its insured for a covered loss, it stands in the insured’s shoes, at least up to the amount of the payment. If the insured can sue someone for causing the loss, so, too, can the insurer, to try to get its money back. The insurer does not even always have to name itself in the subrogation action. If the insured properly assigns its rights to recover for the loss to the insurer, for example by signing a subrogation receipt, the insurer can name the insured as the only Plaintiff, even though the real party in interest is the insurer. See CPLR 1004.

When the insurer tries to recover its money, it does not do it alone; the insured has a duty under the policy to cooperate with the subrogation action. Basically, the money the insured receives for the loss from the insurer comes with strings attached; the insured has to try to help the insurer get its money back from the party that has caused the loss. Most policies, however, allow the insured to waive subrogation, as long as the agreement to do so is in place before the loss occurs. This means the insured can waive the right of its insurer, which pays it for a covered loss, to recover in subrogation from the party which has caused the loss. A common example is found in a lease, in which the tenant and the landlord each give up the right of its insurer to recover from the other for a covered loss, such as a fire loss, that it might suffer due to the negligence of the other. See Kaf-Kaf, Inc. v. Rodless Decorations, Inc., 90 N.Y.2d 654, 660, 687 N.E.2d 1330, 1332-33 (1997).

Insurance carriers use subrogation to help keep premiums down. It is, in effect, another source of income. Subrogation also helps spread the risk of loss back to where it should be found. When you think about it, the person, company, or entity that causes a loss should have to pay for the damage it causes, whether or not the person or company it injures happens to be insured; it should not be able to avoid liability merely because the insurance company covered the loss and reimbursed its insured for the loss the tortfeasor caused. A policy of property insurance is supposed to protect the insured to which it is issued, not protect the person or company that harms or injures the insured. Without subrogation, the wrongdoer, the tortfeasor, could be absolved of liability merely because it injured an insured which received full compensation for the loss under its own policy of property insurance.

These few examples again show that subrogation is, in essence, an issue of fairness. It would not be fair to allow a wrongdoer to escape liability merely because of the happy circumstance that he chose a fully insured business to harm. It would not be fair to allow an insurer that issues a Business Owners Policy, or BOP policy, to pay its insured for a covered property loss and then to try to recoup at least part of that payment from the same, or an additional, insured under the BOP policy. Though seemingly complicated, subrogation boils down to nothing more than fairness; that it is just is enough to know.