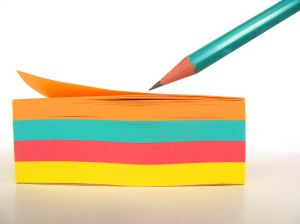 Vacating a default judgement in New York, as we have previously discussed, is not always easy. Often it is up to the discretion of the trial court. There are certain times, however, when the defaulting party may not need a reasonable excuse for failing to appear, as long as it does not wait too long to ask the court to excuse the default. This can include parties, such as corporate defendants, who have failed to receive a summons and complaint at least partially through their own fault.

A person served with a summons other than by personal delivery to him or to his agent for service designated under rule 318, within or without the state, who does not appear may be allowed to defend the action within one year after he obtains knowledge of entry of the judgment, but in no event more than five years after such entry, upon a finding of the court that he did not personally receive notice of the summons in time to defend and has a meritorious defense. If the defense is successful, the court may direct and enforce restitution in the same manner and subject to the same conditions as where a judgment is reversed or modified on appeal. This section does not apply to an action for divorce, annulment or partition.

END_OF_DOCUMENT_TOKEN_TO_BE_REPLACED 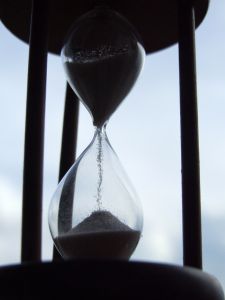 It is not always easy to obtain a default judgement in New York. It is harder, still, to vacate one, especially when the defaulting party has a history of missing deadlines or otherwise not doing what the court wants. A recent case from the Third Department, Wood v. Tuttle, 106 A.D.3d 1393, 968 N.Y.S.2d 613 (3rd Dept. May 30, 2013), shows just how tough it is. The case has everything you could want in a good story: a bouncer, a bar, and a brawl. Evidently everyone showed up for a good fight, just some forgot to fight it out in court, at least until it was too late. No one knows who was right and who was wrong, at least not from the decision; but somebody won and somebody lost, and therein lies the lesson.

Courts, as we previously mentioned, don’t like to be ignored; they want their orders, and rules, to be followed. Though they often will give a party the benefit of the doubt, and a second, or even a third, chance, that does not always happen. It is far better to establish a track record of complying with the rules, because then when you do make a mistake it often will be forgiven. It’s worse to be known for violating them, because sooner or later the court will penalize you, harshly. It’s important to stay in the trial court’s good graces. Whether to impose or vacate a default is within its sound discretion, and its decision is difficult to overturn on appeal. See Woodson v. Mendon Leasing Corp., 100 N.Y.2d 62, 68, 790 N.E.2d 1156, 1160 (2003).

It’s really not that hard for a party to default in New York. A court can dismiss a case if the plaintiff fails to appear for a court conference or calendar call. If a defendant fails to appear, it can order an inquest to determine damages or grant the plaintiff a default judgement for everything it asks for in the complaint. See 22 NYCRR 202.27. Perhaps the harshest example is when a defendant is served with a summons and complaint and has only 20 or 30 days to answer or otherwise appear. If he misses the deadline, the plaintiff is well on his way to obtaining a default judgement against him. A court also can grant a motion on default, though it often will closely examine even an unopposed motion before deciding it.

New York courts generally prefer to decide cases on the merits. That, however, does not immunize a party against a history of ignoring rules and foregoing second chances. As the Third Department’s decision in Wood v. Tuttle, supra, points out, if you ask a court to bend over backwards one too many times, it will make sure that you lose because you violated the rules, without even considering whether you might win on the merits.

In Wood v. Tuttle, supra, the plaintiff alleged that he had been seriously injured in a bar fight. He sued the bar’s bouncer and its owner to recover his damages, reportedly because both took part. Neither, however, seemed all that interested in the court case. The defendants answered the complaint, but apparently did not do much of anything else, at least until it was too late. Due to their decided lack of participation, plaintiff obtained a judgement against them, which was based not on the merits of the case, but on their repeated procedural violations:
END_OF_DOCUMENT_TOKEN_TO_BE_REPLACED