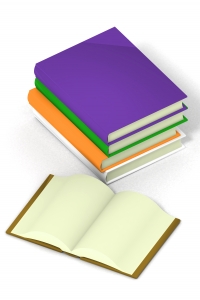 Business owners, homeowners, friends and acquaintances have asked those questions many times; often with a knowing smile, an implied understanding that a trial lawyer really is a jack of all trades and master of none. It takes skill to conduct a trial, to be sure, the reasoning goes, but it’s not as if a trial lawyer has to know any one particular area of substantive law, or any one particular industry or type of dispute, well, in order to conduct a trial. If you ask anyone that has tried cases, you will find out how far off base that really is. To know how to be a good trial attorney you have to know not only the “how” but also the “what;” in fact, the “what” is so intertwined with the “how” that they really are one and the same thing.

When you try a case the procedure is important. It’s a battle and you have to know the rules of engagement so you can use them honestly and fairly to your client’s advantage. Every trial lawyer knows that what you don’t know can and will hurt you, but realizes that knowing more than your opponent helps tip the scales in your favor. Of course you need to know the mechanics; how to pick a jury, conduct a direct and cross-examination, give an opening statement and closing argument are all important. The better the trial lawyer the better each is executed.

More important than even knowing how to say something, though, is knowing what to say. You can’t know what to say unless you know what you are talking about. After all, isn’t a trial really one big chance to persuade a jury that your client is right, and the other side is wrong? How convinced would you be by a bunch of flowery words backed by nothing more than a telling lack of validity rather than a surfeit of substance? Does anyone remember the Wendy’s commercial with the tag line, “Where’s the Beef?” You definitely don’t want to be left holding the big bun with the tiny burger. If that’s how the jury looks at your arguments then your client will be left holding the bag.

In order to persuade a jury you have to be credible. In order to be credible the jury has to believe that you know what you are talking about; and the best way to convince them is to actually know what you’re talking about. If you pretend, everyone in the courtroom will know it; every juror will see right through the act. If you demonstrate a command of the facts and of the substantive law that governs the dispute, that will come through as clear as day. You will be more credible; the jury will be more likely to accept your arguments; and your client will have a much better chance of success.

Even when a trial lawyer has to learn the facts of a particular type of dispute or area of substantive law, that’s exactly what he does; he learns them, inside and out, better and more completely than most. Once learned, much like riding a bike, he does not forget them; he can pick them up again, years later, and never miss a beat.

It is that need to learn that makes a trial attorney. No two cases are the same; there are always surprises even in the most commonplace occurrences. Even a car accident, which is as typical as you can get, can involve a car that goes through the front window of a store and winds up 30 feet inside.

It is the way the trial lawyer learns the case, the facts, the substantive law, that makes all the difference. During the trial he will live it, breathe it, in a way most attorneys never will. It is one thing to study a particular area of the law. It is quite another to apply it in a high pressure situation where your client’s case rests on the outcome. The intricacies of contract law might mean one thing to someone who studies them; they take on a whole new meaning when you defend a small company against claims for breach of contract, warranty, and fraud for selling an allegedly faulty part that eventually was placed into hundreds of products and allegedly caused hundreds of thousands of dollars of damage. Reading the law of contracts is one thing. Applying the jury charges for breach of contract, breach of express and implied warranty, fraud, and contract and consequential damages, to the facts of your case, is quite another. Trying them is to know them. Once you know them you don’t forget them; in fact, you use them in the next contract dispute and you even use them to avoid the next contract dispute, the next time you draft a contract for a client.

The best way to learn the law is to use the law. There’s nothing quite like a trial to focus one’s attention on the law, where there is no option other than to use it in the most effective way possible. When you use the law that way, you are forced to understand the law and to actually know it; and that is something that helps everything else a trial attorney does and every other client he deals with. A jack of all trades, maybe; but if he does it right, adept in every single one he touches.