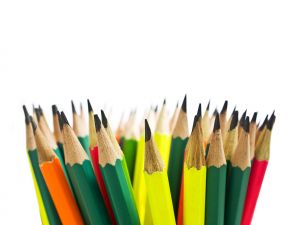 A well thought out business plan should ensure steady, profitable growth by providing goods or services that customers want and can rely upon. One way to achieve this is through brand loyalty, which some would argue is the key to success. If you want to be around in ten years, chances are you will have to convince buyers that your product or service, whatever it might be, is worth having, recommending, and coming back to. Any business owner can tell you the benefits of purchasing what she’s selling; dependable, reliable, high quality, less expensive, value-driven; there are many ways to describe how good her product is. Getting this point across to your potential customers, however, can be difficult. One often overlooked way to convince them of the quality of your product is through a trademark or service mark, which, if done right, will easily identify your product or service. To show you just how important a trademark is, one of this country’s favorite companies, Apple, is back in the news because it is trying to trademark the name of what might become the next must-buy piece of personal electronics.

Apple is seeking to trademark the term “iWatch” in Japan, as well as approximately 6 other countries. Everyone can guess what an “iWatch” will be. Like most good phrases used in advertising it’s a catchy name with more than one meaning. It could describe a watch made by Apple because, it seems, almost everything Apple makes now begins with the lowercase “i” in its name. That, in and of itself, is quite a branding tool; most businesses can only dream of having their customers identify their products by one little letter. At the same time, it implies that the product is something the user will watch/view/look at; with most computers, that’s just what you do. What is important to keep in mind, however, is exactly what Apple, by filing the trademark applications, is trying to do.

Apple reportedly wants to have the sole rights to use the name, the iWatch, for a mobile computing device. The trademark application, by itself, however, does not mean that Apple already has come up with, invented, or even produced a proto-type of, a mobile computing device worn on the wrist; patents are separate from trademarks. In the U.S., you can apply for a trademark even if you haven’t used the mark in commerce. If you get permission to use the trademark from the U.S. Patent and Trademark Office, you are given a certain amount of time, normally six months, to start using it. It should be noted, though, that Apple has filed a series of patents in the U.S. for watch-like mechanisms.

What a trademark basically does is let everyone know that the product is yours. It avoids confusion to the buying public by instantly identifying the brand. If customers bought your product in the past, liked it, and want to buy it again, the mark should let them be certain that they are buying your product, rather than a knock-off. This, of course, benefits the trademark owner because it helps guarantee that the consumers who want to buy its product will not mistakenly buy one made by a competitor.

A trademark does not have to be a logo. You can trademark a word, slogan, sound, or even a color, if it’s used in a distinctive way; the more distinctive, the better. In this case, being arbitrary is a good thing; the more descriptive the mark, the more it implies the type of product associated with the mark, the harder it is to trademark. It is easier to trademark a logo like the McDonald’s name and double arches; when you think about it, the logo really does not have anything to do with hamburgers or fast-food, even though most people, if pressed, could sing the Big Mac song by heart. You should remember, too, that you cannot trademark a generic term, like “supermarket.”

If you think about it, you’ll see how useful trademarks can be. Many of the best-known companies, and products, are instantly recognizable and synonymous with their trademarks. Think of the Nike swoosh or the words “Just Do It;” the McDonald’s double arches or the words “I’m Lovin’ It;” the words “Coca-Cola” written in fine script; and even the Apple logo itself, showing the shape of an apple with a stem and a bite taken out of it. When you see those logos, or hear those words, putting them together with their brand, knowing what to expect when you purchase the product they are associated with, is, as one trademarked slogan would put it, “So Easy Even A Caveman Could Do It.” They each conjure up a certain consistent idea of what a product is, how it performs, and what a consumer can expect out of it. When you see the words Coca-Cola, for example, you get an immediate idea of what to expect, and that most certainly is not Pepsi; unless, of course, you can find a can of New Coke somewhere.

There’s a lot that has to be done in order to obtain a trademark, and, once you do get one, you have to enforce it if you don’t want to lose it. Those, however, are topics for another day; and just remember, every day is a good day because it sure beats the alternative. I don’t know if that’s trademarked, but if it’s not, it should be.